I’m having trouble figuring out how to start this blog post. How do I even begin to explain that everything I thought I new about my life has changed…nearly overnight? I have been battling one health challenge after another (Lyme disease, mold, and related illnesses) for 13 years now. Just when one problem got better, it seemed that another would take its place. My latest challenges have been with food sensitivities and multiple chemical sensitivities. Yet now, just days after getting back from an in-person DNRS seminar (Dynamic Neural Retraining Systems) …I’m realizing that there has been a significant shift! My life is completely different!

I first heard about DNRS from someone who reached out to me through my blog. They messaged me and told me about this amazing new treatment that changed their life. I thought that was nice, but I didn’t look into it that much. It seemed too easy. I didn’t want to waste my time. Then a second person contacted me through my blog, saying the same thing. And then friends on Facebook and Instagram started sending me messages about how it had helped them. I continued to think it was just some weird trend, a quick fix that wasn’t going to work for me. Until finally I ran out of options.

It was becoming increasingly more and more challenging to go to work each day with the harsh cleaning chemicals they used. And finally, a few months ago, I reached my breaking point. I realized it was either find a miracle cure or quit my job. I went with the first option.

I started researching DNRS, reading and watching testimonials. It sounded like it was made for ME! I ordered the DVDs and as soon as they came, I threw myself into them. I started waking up at 3 am just so I could have time to watch them for a few hours before leaving for work.

Here’s a quote from the DNRS website: “We directly target brain function and a maladapted stress response that is at the root of suffering for so many. We do not chase your symptoms – we teach you how to change the function and structure of your brain. When you rewire the limbic system, you move your body from a state of survival to a state of growth and repair – where true healing can take place.”

I had my first wow moment about a week after finishing the DVDs and starting my 1 hour of daily brain retraining practice. I was sitting in the hallway at work, focusing on something, and I was there for a good 5 minutes until I looked up and realized that I was just feet away from the bathroom. From all those dreaded chemicals that had turned my life upside down. And for the first time, I didn’t even notice!

At one point it had gotten so bad that I had to wear a face mask while walking into the building each morning, just to push back the start of the symptoms a couple hours. But even through the mask, my face would burn. The next “aha” moment was when I realized I could walk by the cleaning chemical cart with my mask on and be okay. A week later, I walked by that same cart without my mask on. I haven’t put it on since. Every week I was having new “aha” moments, and my excitement was growing. This was working. 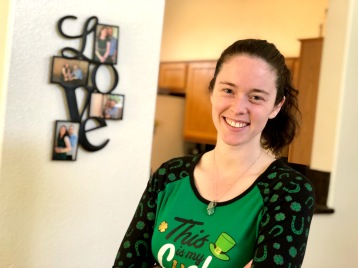 The biggest wow moment for me was actually on the last day of school. I was in a different part of the building, near a bathroom that still had the fragrance in it. (I had to get an accommodation to have the bathroom closest to my office removed of all fragrance items) And I needed to wet a paper towel to help a coworker clean her room. I chose to just go in and out as quickly as possible, instead of walking clear across campus to my “safe” bathroom. But to my surprise, when I walked in, I took a sniff and smiled. They had taken the fragrance out of this bathroom, too! I ended up going in that bathroom several times throughout the day, and was just so touched that someone had taken the fragrance out of it. And then the last time I was in there, I had a thought… What if the fragrance had not been removed…? I bent over and looked under the sink. And there it was. It had been there the whole time! I bent over to take a picture, and couldn’t stop smiling because here I was, breathing it in and feeling fine, just FEET away from the item that had made everything fall apart. That moment was when I knew, without a doubt, DNRS was going to change my entire life. 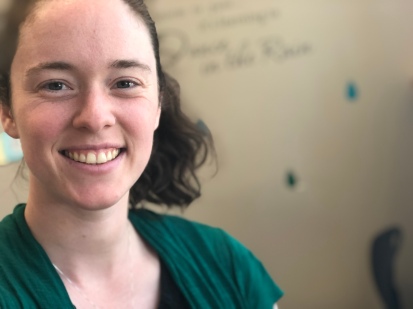 Three days after school was out for the summer, I was on a plane to Calgary, Canada for the in-person DNRS seminar. I had done the DVDs and did my hour of practice every day for 43 days in a row, but I was very excited to learn the program even more in person. We stayed at a beautiful location out in the middle of nowhere, and we had personal chefs to make all sorts of accommodating meals.

The first day I ate like I normally do. No wheat. No dairy. Low carb. No fruit. No sugar. No mushrooms. No Cauliflower. For years now I’ve dealt with severe food sensitives and mast cell and histamine issues. I knew that people had made amazing recoveries from mast cell, histamine, and food sensitives with DNRS, and I wanted to target it, but it had taken a back seat to all my chemical stuff while I got through the rest of the school year.

However, on Day Two I wondered… What if I could eat more foods now after having done DNRS for a month and a half…? I tried a banana, just to be a rebel. It had been 3+ years since I had taken a bite of banana. I ate it, and felt the same as if I hadn’t eaten it. For dinner that night I tried some more fruit, and some roasted cauliflower. Again, I felt fine… The next day I added dairy, and not just dairy…but dairy inside a sugary, chocolate-filled gooey brownie! And again, I felt fine. By the end of the week I had added in every single one of the foods I have been avoiding for years, and was even having seconds (and sometimes thirds…) of the desserts!!!

How could this be happening?!? I knew the science behind it. I understood the changes being made to my brain…but I still couldn’t fully grasp that this was happening. For years doctors had told me to avoid. Avoid anything that caused symptoms. But why not instead just fix the underlying limbic system impairment that causes those symptoms…?

Yesterday I ate a hamburger and French fries. I thought I would never have French fries again in my life. It had been 4 years since I had taken a bite of a single French fry, and let me tell you…it was freaking delicious. Then I felt that I was on a roll, so my husband and I went to Cinnabon, and I got a sticky bun. I had been very content with never again having a sticky bun from Cinnabon due to how violently ill I felt after having them in the past. And here I was, about to eat wheat for the first time in years, with a food that I have on record as making me feel the most sick of all the foods that have ever made me feel sick. And guess what? I ate the whole dang thing in one sitting, it was amazing, and I felt like I had just eaten a Rachel-approved gluten-free, no dairy, no sugar, low-carb dessert! And DNRS played a huge role in that!

My life is 100% different than it was just days ago. I now get to learn how to live as a healthy person, who does not take loads of meds every day, who doesn’t have appointments each week, who can eat anything at all and feel fantastic, and who is not  limited in places to go by what chemicals other people choose to use. 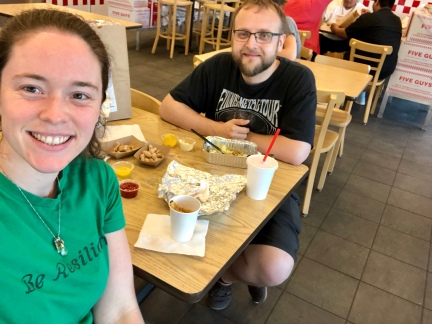 I took too long dismissing DNRS without really researching it, because it seemed like there were too many success stories. Well…I am honored to now be one of those many success stories. So please, if you are still fighting your own health journey, I urge you to look into DNRS! It just might change your life too.